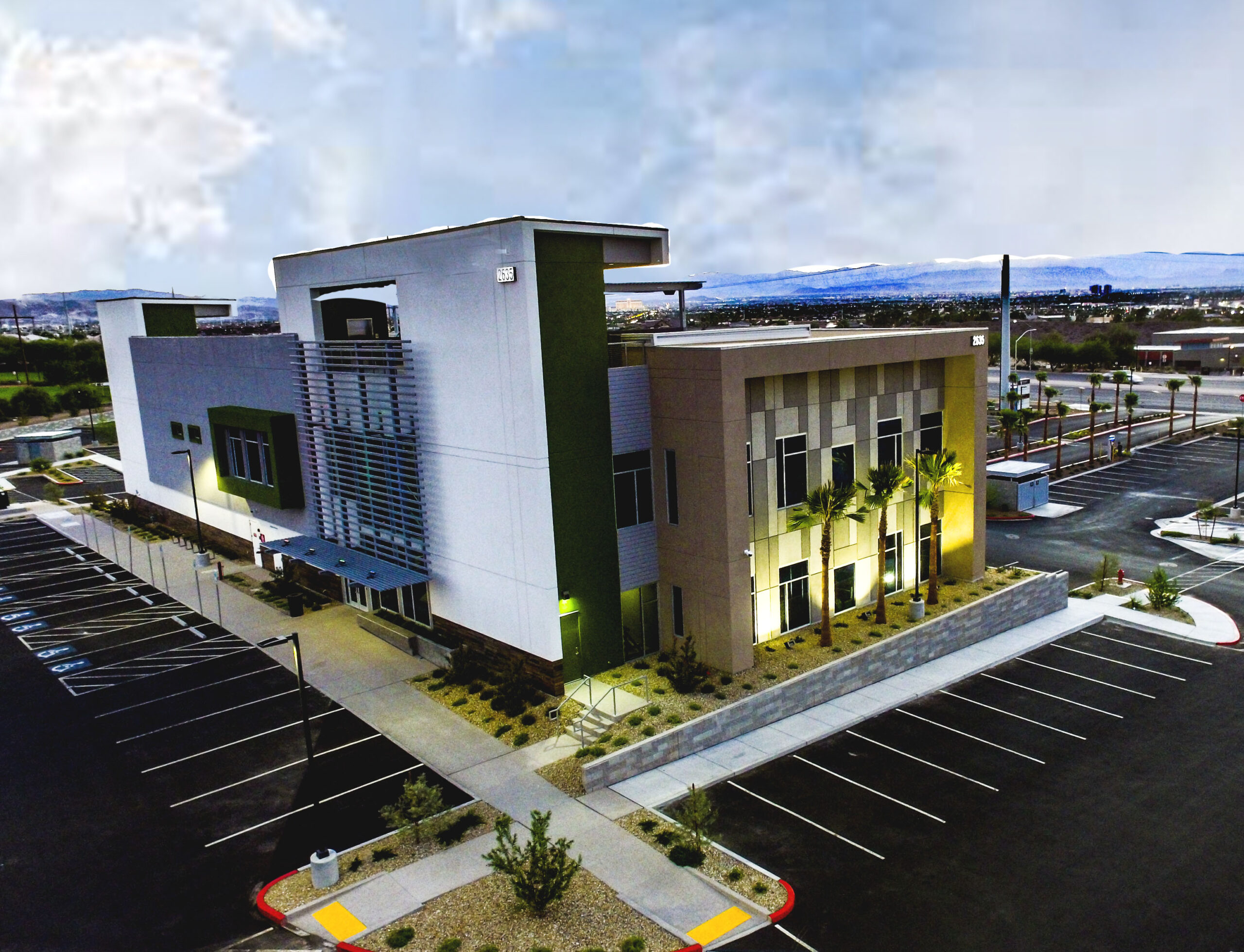 These ground up buildings not only allow for both small business, and retail owners to open their doors to a rapidly growing community but make room for larger corporate offices as well. Unique finishes both inside as well as on the exterior allow this complex to stand out from any other commercial complex. The exterior design elements include architectural steel tubing, canopy’s and multi-colored architecturally divided EFIS elements. While internally the office spaces include sleek modern concrete staircases, large open concept workspaces and tinted windows to keep out the hot Vegas Summers. Additionally, the commercial office spaces are topped off with two third-story observation decks that provide unparallel views of the Vegas Valley.

The project took nine months to complete and now has space for twenty retailers, with one completed shell offering a large drive-thru for food and beverage tenants. This project was managed by Rick Thomas and James Hibbard, and subcontractors include Excel Plumbing, WJ Borghoff and Forxtrot Electrical.

Kalb Industries of Nevada has been a family owned and operated General Contractor in Las Vegas since March of 1972.  Continued dedication to our customer is the focus at Kalb Industries.

Kalb Industries is in the business of building long term relationships by providing Clients with comprehensive Construction Services and expertise to budget effectively with detailed attention to quality while responding to their construction needs.

Kalb Industries will continue to be recognized in Nevada as the most honest, reliable and respected General Contractor in the sectors that we service.

Get a FREE Estimate

We will get back to you shortly!